The Plain of Jars, Laos

The Plain of Jars

Fascinating megalithic structures in Laos near Phonsaven that look like jars. They were allegedly used for burial practices but the guide also suggested there might have been used for making Lao whiskey. I am suspicious that they are far older than the experts think and had a different use. 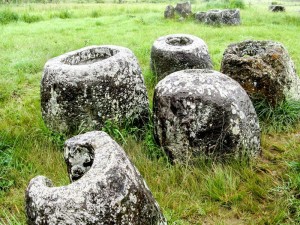 A group of Jars 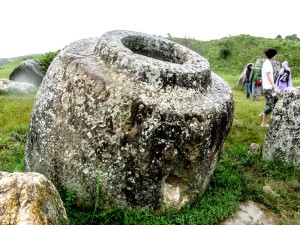 This one was pretty big 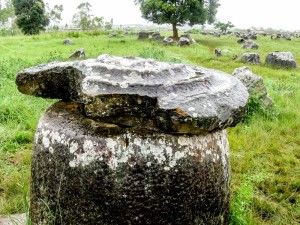 One with a lid

There were fields full of them of all different sizes with a couple taller than me, some were amongst the trees, some were broken, others had lids and there were a couple with humanoid figures carved onto the rock. 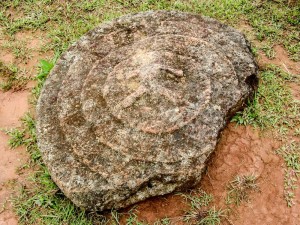 A lid with a humanoid carving 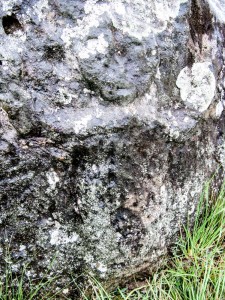 Sadly I only visited on a day trip and saw 3 fields but there are thousands of jars spread over the Xieng Khouang plateau which appear in clusters ranging from a few to several hundred. 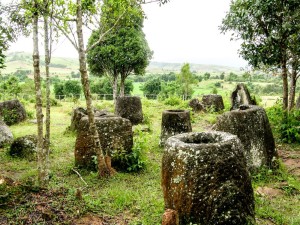 Loads of jars among the tress 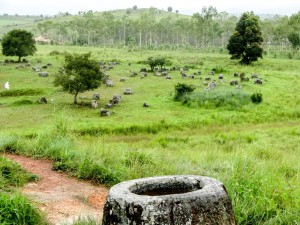 Hundreds of them off in the distance