Mick stopped off at these hilltop ruins during his cycle from Turkey to Croatia in 2012 and it instantly became one of his favourite sites due to the nature of the rock carvings.

The rock shaped to make steps

Steps carved into the rock 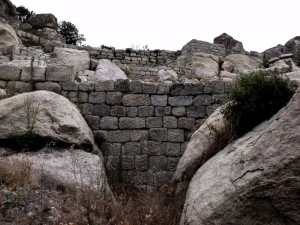 There were structures built from brick… 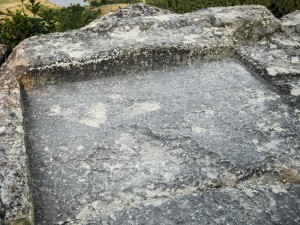 …and structures carved out of the rock 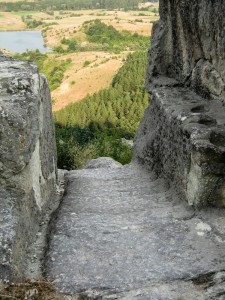 There were many ruins from different ages; more recent structures made from brick sized stones and evidence of a group of our ancestors that could manipulate and shape rock to suit their own needs. There were doorways and rooms that were formed from shaping of the bedrock and there were steps of varying sizes carved into boulders. The doorways demonstrated the different layers of history really well as you can compare the obvious brick built structures to the carved ones. 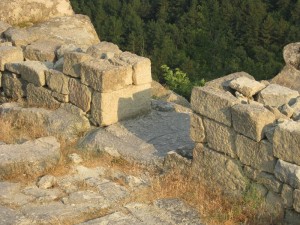 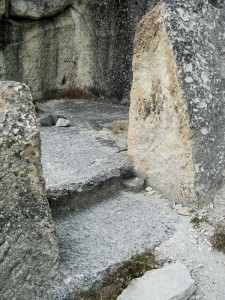 Can you tell which this one is??

The Incan ruins in Peru have similar layers of history with more recent brick type building work on top of huge megalithic rocks that were shaped to be used to build with and we wonder if the sites official date of 6000 B.C refers to our brick-builder ancestors and that the rock shaping was done by an ancient advanced civilization. 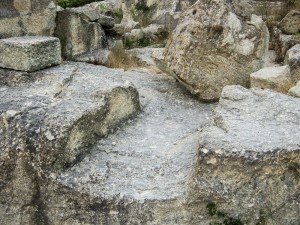 The rock was shaped to create the structures

Similar to shapes found in Portugal

The most impressive rock carvings were the shapes at the top of the hill that looked like they had a mechanical purpose and made you feel like they were walking around an ancient factory or processing plant. There were many channels cut into the rocks for liquid to run from one hole to another and a huge chamber, for liquid storage presumably. There was also a shape carved into the rock that looks like the portal for a massive CPU processor. 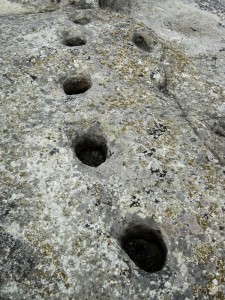 Holes embedded in the bedrock 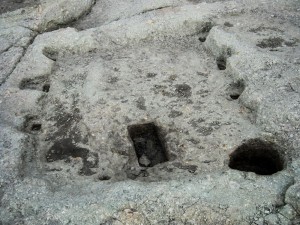 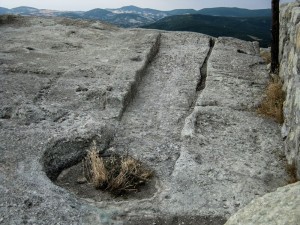 This was an interesting Shape

This is definitely an area that requires further investigation and we hope to return in the not too distant future. 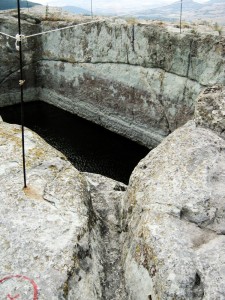 A channel to the Big Hole 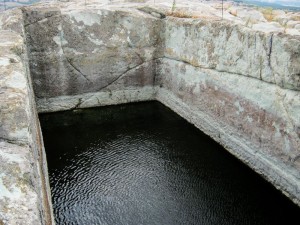 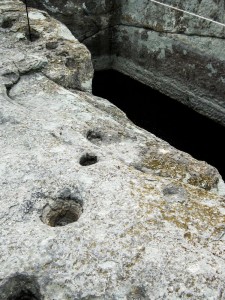 Small holes leading to a huge one 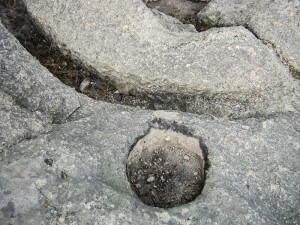 There were a lot of different shapes

Similar to shapes found in the rock at the Tombs of the Kings, Cyprus 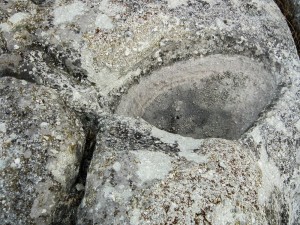 A turning point for the liquid

A channel for liquid to flow through 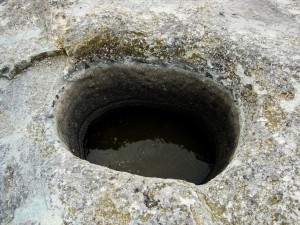 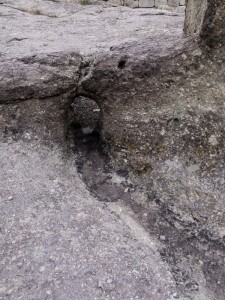 A channel through a hole