Mick visited Tunisia on his Corn Flake mission and drove to some Roman ruins with some megalithic structures a few hundred metres from the main temple area. While looking for The Necropolis of Elles he found some standing stones and piles of stones in an area full of megalithic remains. The Necropolis was so impressive Mick felt he had to try and make a video, his first effort at film-making in April 2013, made on a point-and-shoot camera so the quality is lacking somewhat but it’s worth a watch as the dolmen-like structures speak for themselves.

Take a look at the first film we ever made 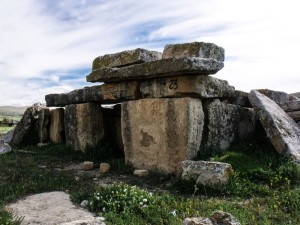 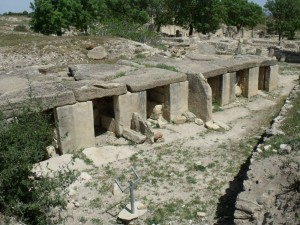 Some of the chambers at Maktar

The Necropolis of Elles 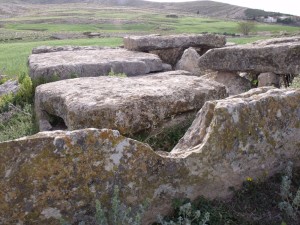 There were some big megaliths

A huge complex of at least 64 different megalithic structures in various conditions, some are complete tomb like structures and others just look like remnants or the foundations – Tomb 23 is a great example, one of the larger constructions resembling a tomb or a potential Neolithic house.
Mick probably investigated and documented about 20-25 of the sites and found lots of signs of rock shaping and manipulation plus some serious erosion, suggesting that the site is very old.

Some of the structures weren’t very high 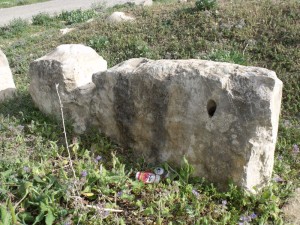 There were holes of different sizes in some of the rocks 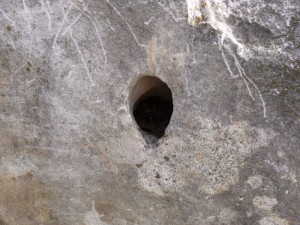 A strange chunk out of the rock 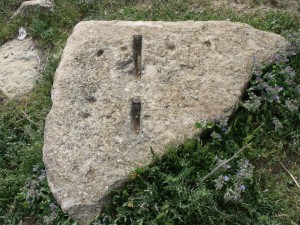 There were a lot of structures that reduced to piles… 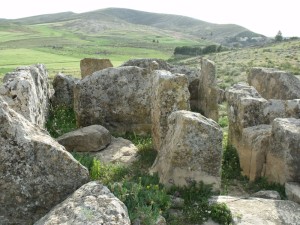 …and a lot of stones still standing

• One looks like a pile of stones
• One is a single Standing stone next to the road
• The other is a set of 3 standing stones between the road and a farm. 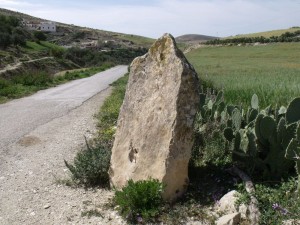 A menhir next to the road 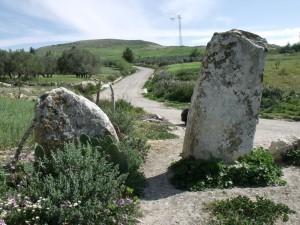 A couple of menhirs next to a farm

There is no town town nearby, so he called them the ‘Camel Stones’ in honour of Tunisia’s famous animal.

He submitted this site to megalithic.co.uk