La Ciudad Perdida (Spanish for “Lost City”) is an ancient city hidden in the Colombian jungle that Mick visited in his early travel days. It was found in 1972 by a group of local treasure looters who found the steps at the bottom of the hill that lead to the ruins which are believed to have been built about 800 A.D, although like most sites on this continent the age of the structures is up for debate. We had to hike 3 days through the jungle and then after walking a few hours alongside the river we had to climb 1200 steps to reach the lost city. 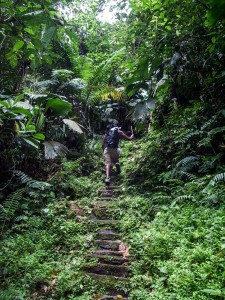 The start of the climb up to the city 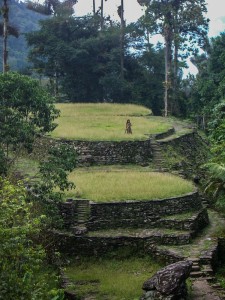 Some of the many terraces

La Ciudad Perdida consists of a series of 169 terraces carved into the mountainside, with a net of tiled roads and several small circular plazas. 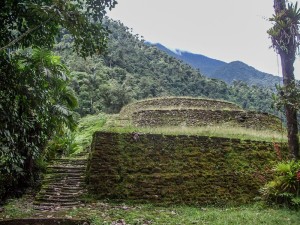 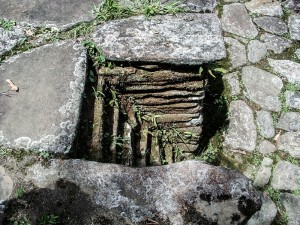 Steps or water channels between terraces

The site was beautiful and unbelievably atmospheric. The previous inhabitants designed the place very well with the whole complex built to cope with the huge amount of rain and water running down the mountain.

The city was often in the clouds 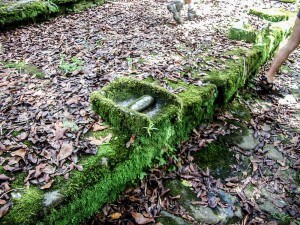 They used the rocks for a number of different uses, such as marking them with lines (a possible map?) and creating tools for mechanical reasons (possibly grinding seeds). 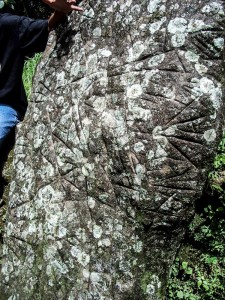 Lines of a map maybe ?

A marked stone next to a tiled pathway

The site was huge but we were only permitted to go where the guides took us, a shame as I bet there were all sorts of things to discover, next time… 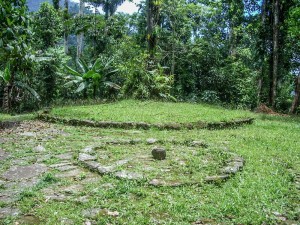 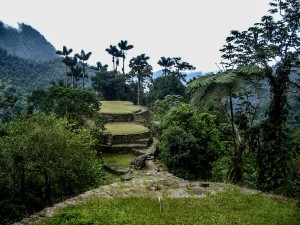